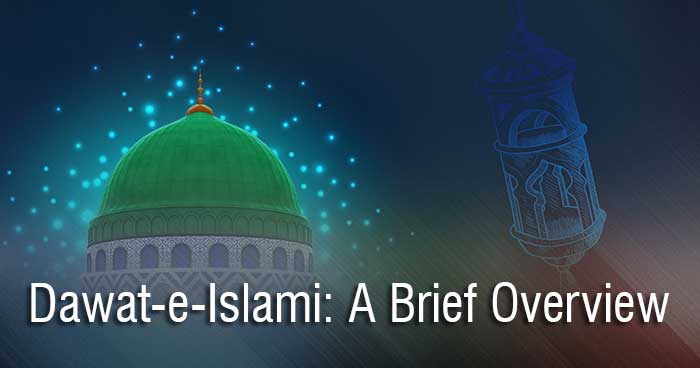 On 2nd September 1981, we got such an organisation that nobody in the world was apparently aware of its name. And just before the eyes, by the blessing of the sincerity Allah Almighty granted it such a progress that first different areas of Karachi were visited. They were welcomed somewhere and disheartened somewhere. People of every age began to get close; people of every class began to come close. This message went out of Karachi and then it reached Hyderabad and while continuously proceeding, it kept on spreading in other cities of Pakistan. Speeches were started; Ijtima’at were stated and then after some time, they needed to establish Madaris to teach the holy Quran. So, this organisation started to establish Madaris-ul-Madinah. And when they went ahead, they felt the need of scholars. So, Jamia-tul-Madinah was established through which scholars would be prepared. Allah Almighty granted such blessing that the message went out of Pakistan and this message began to be accepted in other countries. Whatever class, nation, colour and race the Muslims belonged to, this message of love was welcomed everywhere quite affectionately. The message reached hundreds of thousands from thousands and now this message has reached millions of people. In what corner of the world is he not listened to and followed? Such tremendous stories began to appear that those who did not use to listen to their parents, listened to him and started acting upon it. Those who, I seek refuge with Allah Almighty, did not like to go to the Masjid and did not use to offer even a single prayer, now they have become the Imams of Masajid. It also happened that by the blessing of this organisation, the criminals who were imprisoned in jails, when they are released from the prison, they are observed wearing a turban, having a beard on the face and becoming the preachers of Sunan. A revolution began to occur. It was as if every person was saying, ‘This is something excellent which has happened. We had never seen such a great revolution before.’ And dear viewers! This vast change did not occur in a hundred or two hundred years at all, rather it occurred only in the period of 40 years. And when the goal of an organisation is clear, then it is easy to proceed towards it. There was only one aim i.e. ‘I must strive to reform myself and the people of the entire world.’

The amazing point is that in this organisation, the point of reforming oneself is held as a priority. A splendid system of self-accountability was established i.e. through ‘Good Deeds’ we should assess our own actions and see whether we are improving our actions or not. And then the invitation towards righteousness should be conveyed to others as well. The work started amongst the people of every age. Well, let me tell you this too, that this massive work is not being carried out only amongst males, rather it began to be done amongst hundreds of thousands of women as well. And in every nook and cranny of the world, the Muslim women whom we call Islamic sisters continuously came close to this environment. Then this tremendous organisation started its channel. And then, this organisation reached the level that it introduced its own TV channel and this satellite channel was not only introduced in Urdu, rather later it was introduced in English, then after that in Bengali and now it is being dubbed in 15 languages of the world. The status of their books is that they are being translated into about 37 languages. And to establish this structure, an amazing system was organised. The Central Executive Committee was established; Cabinahs comprising cities were established. Such a beautiful structure was established through which the work will continue under a system till Judgement Day.

Dear viewers! Carrying out the work so sincerely and with such a life of poverty is unprecedented. Yes, in the period of 40 years, the organisation which brought about a unique revolution in the world and spread the message of Sunan across the world and developed love for the Holy Prophet ﷺ in millions of hearts is none other than the heartbeat of ours, Dawat-e-Islami. This is the same channel which was initiated and has become solace for the hearts of millions and hundreds of thousands of the devotees of the Holy Prophet ﷺ today. I mean Madani Channel. 2nd September is coming again. And now Dawat-e-Islami is about to complete its 40 years. We cannot pay enough gratitude to Allah Almighty Who granted us such an amazing environment that if we get close to it, love for Allah Almighty increases in our heart; love for the Holy Prophet ﷺ increases; we attain, you can say, the gift of true servitude of the holy companions and Ahl-e-Bayt. And what a beautiful package it is! There is a separate amazing system for males. We can have training by attending Ijtima’at, Qafilas and studying in Jamia-tul-Madinah. For women i.e. the Islamic sisters, there are separate Ijtima’at; there are Madaris and Jamiaat for them and a complete network is available for them. If there are children in the house, then Madaris for children are available. There is Madani Channel for elders as well as Kids Madani Channel for children. What has Dawat-e-Islami not given us? Then why shouldn’t we fully rejoice this time on Dawat-e-Islami Day and pay gratitude to Allah Almighty and wholeheartedly say, ‘Thank you, Dawat-e-Islami’?